”Those who will make you believe absurdities, can make you commit atrocities”

During my studies I had the pleasure of working at the Crowne Plaza hotel in Nottingham. Out of the dozens of people and nationalities working there, I seemed to connect best with this guy Adhil, who was an Indian Muslim. At first I was quite surprised that someone would actually pray five times a day. I didn’t mind it of course. He didn’t mind me not praying at all.

Like many others,  he was in the UK for a work placement and eventually returned to Ahmadabad. I believe he married a woman he had met once before. He was also curious about me living together with my girlfriend and not being married. I told him about a saying we have in Finland – ”Never buy a pig in a bag.” He considered the approach pragmatic. END_OF_DOCUMENT_TOKEN_TO_BE_REPLACED

Before I dive into my latest entry, I would like to use this chance to thank the British taxpayer for subsidizing the education of millions of people around the world via their greatest export product – the British Broadcasting Corporation. In fact, it was the BBC that inspired me to write this particular piece.

Some time ago I was listening to a BBC-podcast called ’the world history in 100 objects’. The episode centered around the significance of corn for the Central American culture. Apparently, before certain genetic mutations took place, corn was quite inedible for humans. It took countless further mutations (both random and deliberate) from countless of generations of Central American farmers to develop the plant into its current variety. However, when the journalist/narrator asks a Mexican restaurant owner what he considers the biggest threat to his native culinary culture he mentions genetically modified organisms or GMOs. “It is not our place to play god”.

END_OF_DOCUMENT_TOKEN_TO_BE_REPLACED

I suppose it is common knowledge these days to remind ourselves that today is the day when “humanity has exhausted nature’s budget for the year.” In other words humanity spends earth’s annual biocapacity’s worth of resources in only a bit over eight months. Moreover, the time required to reach this point takes less and less time each year.

END_OF_DOCUMENT_TOKEN_TO_BE_REPLACED

If Mother Nature was an actual mother she wouldn’t be a very good one. She would probably be one of those manic depressive alcoholics whose benevolence it would be impossible to count on – she could come home either with a brand new bike or an eviction notice.

There is actually a point to this rant as this entry (and the following two) will focus on the issue of food production. I will be looking at how the efficient revolution has taken place in food production and how I believe it could ensue in the future in both farming as well as meat production.

In a way the history of human subsistence can be seen as a continuous struggle to stave off the innate efforts of our environment(s) to destroy us. Some might consider this a modernist view but I want to emphasise that I do not see it that way. It is only from the relative safety of the modern society that we can afford to consider nature somehow a benign being. And predictable food production is naturally one of the most important prerequisites for societies to avoid an early grave. END_OF_DOCUMENT_TOKEN_TO_BE_REPLACED

The following sentence might send the parts of your brain that hold the rein on your cognitive dissonance on a flurry but I will say it in any case. Humanity is living its most peaceful time. Ever. The chances that you will be a victim of a violent crime or casualty of a conflict are lower than ever.

It is true that humans have got better and more efficient at killing each other over the history but it is also true that we have come better at restraining ourselves from committing our aggressive impulses.

In this post I will examine the reasons for such developments.

The main content for this entry comes from a book that I have been reading on and off for a year and finally finished last week – Steven Pinker’s Better Angels of our Nature. He argues the world has never experienced as peaceful times as these (relatively speaking). According to Pinker, there are several factors behind this wildly positive development but I will focus on three themes. But let us start with the numbers first.

END_OF_DOCUMENT_TOKEN_TO_BE_REPLACED

There’s a good chance that if you’ve heard of Hans Rosling‘s name you are not as worried over population growth as the average person. If you haven’t, you are likely to think that the earth is being swarmed by people. The typical conundrum goes along the lines that we are overcrowding the planet with an ever increasing speed as if there was no tomorrow. Moreover, you probably believe that in order to prevent a global population bomb from exploding it is necessary to implement strict measures, such as the Chinese one child policy. When you look at the below graph it is difficult to disagree with such musings. END_OF_DOCUMENT_TOKEN_TO_BE_REPLACED

I have come to appreciate first world problems. I know, they are banal and pointless yet in some rare cases, when the victim doesn’t appreciate the irony and is genuinely sorry for him/herself, the comedy can be priceless. 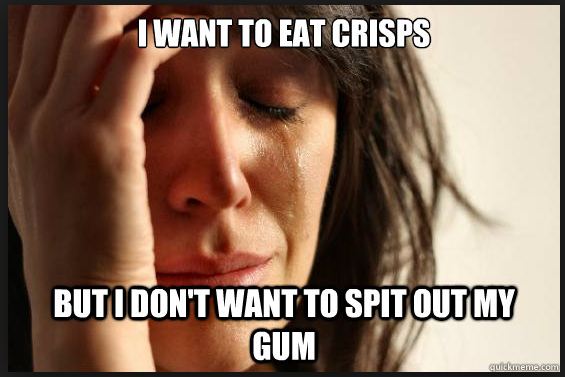 END_OF_DOCUMENT_TOKEN_TO_BE_REPLACED

My brother visited South Korea some years ago. He brought me a plastic toy diver (below) that worked with a pair of AA-batteries. The toy made some awkward jerking kicking motions I assume had something to do with underwater propulsion. I thought human dignity had reached rock bottom. We seriously couldn’t come up with anything better to do than build diving action figures? I admit though, that it was funny to imagine (in a self-loathing way) what the people working in the toy-diver-factory thought of the world around them and about the people buying the pointless things in the first place.

END_OF_DOCUMENT_TOKEN_TO_BE_REPLACED

The efficient revolution is my attempt to write a ‘crowd sourced’ book about the story how humanity has been able to cut its chains of virtual slavery to the finite boundaries of earth. The success has been achieved via circumventing those boundaries with efficiency – by getting more out from less. Moreover there is plenty of evidence suggesting that this will be the way we can escape our current predicament. END_OF_DOCUMENT_TOKEN_TO_BE_REPLACED

Many things we think are true are not. Together we can fix that. @SteveDarden

Re-articulating the energy and climate debate.

All the farce That's Fit to Print

An archived blog about science & philosophy, by Massimo Pigliucci